One of my favorite places in the city. Of course, I am a little biased as this is the neighborhood that I call home. TGS has gone through quite a transformation in the the last twenty years. What was once an example of urban blight is now a wonderful example of the city’s renewal. The latest positive change being the South Grand Business District.

Nestled between Tower Grove park, the South Grand Business District and the business districts of Kingshighway and Gravois, TGS has one of the best locations in the city. In fact the Riverfront Times just reviewed it as THE best place to live in the city for 2012.

Let’s start with what brought people to the area that is now Tower Grove South; farming. TGS was once great farmland (and still is as my garden does quite well every year). At some point in the nineteenth century, coal was discovered beneath the fields which became more profitable than what was growing on the surface. Miners soon joined the community along side the farmers and the community grew. As the ground’s coal supplies decreased, a brick and tile company was created in its stead by the owners of the mining company, bringing even more residents to make the much sought after fire clay bricks. By the mid nineteenth century St. Louis city was experiencing an influx of Germanic immigrants, many of whom set down in what would be TGS bringing their skills as masons and carpenters.

South Grand first started its rise as a business district back in the 1920s with the introduction of everything from banks to bakeries. What was once a thriving area fell into disrepair during the 1970s and 80s (along with much of the city following the urban flight of the 50s and 60s). Fortunately for the residents of TGS, South Grand has been on the upswing for the last few decades with the help of the international community setting down roots in the area and opening small shops along the strip. A Vietnamese restaurant here, an Italian restaurant there, and South Grand was on its way back. What has been most impressive about the revival has been they work that has been done on the street level. A few years ago, the South Grand Community Improvement District (CID), the City of St. Louis, and the Great Streets Initiative started to work together on improving South Grand between Arsenal and Chippewa. The main problems with the area were heavy traffic, non-pedestrian friendly sidewalks & street crossing, lack of available public parking and mass transit stops, inadequate lighting, and an aging infrastructure. What they came up with (see the design plans) blends the needs of mass transit, the public, the environment, and local businesses. Today, the South Grand Business District has one of the best strips in the city.

Cafe Mochi – a wonderful place place on South Grand for sushi. Cheap TRX – Your body is a

Cheap TRX – Your body is a temple, so if you choose to decorate yours with a little ink, this is the place to go on South Grand.

Basil Spice – serving some of the best Thai food around

City Diner – this place is perfect for a middle of the night snack after the bars close or a quick lunch.

The Vine – a Mediterranean restaurant and market. The Falafel and lentil soup are a must on any order.

CBGB’s – one of the great dive bars along the strip.

The King and I – a phenomenal place for Thai cuisine

Also known as the MoFo Strip (I am probably the only one who calls it that), the Morgan Ford Business District has undergone quite a transformation over the last decade (not unlike South Grand). Starting at the Arsenal border of TGS and running straight through the heart of neighborhood, Morgan Ford was once a thriving commercial area. After a decline in the 70s and 80s, life began to come back to the area as more residents started rehabbing nearby homes creating a need for corner stores and eating / drinking establishments. The Morgan Ford Strip is now a thriving part of TGS serving not only its residents, but a lot of people from neighboring areas. Great restaurants, a variety bars (from hip to dive), and a local grocery make this area a worthy destination.

Imo’s Pizza – The square beyond compare

The Tower Pub – One of the newer pubs to hit the strip.

Tower Grove South features a broad range of architecture for its residential properties. I highly recommended spending a day walking (or biking) through this neighborhood discovering the great features of these historic homes. I have always considered TGS to be a great melting pot of homes – from the grand mansions of Utah place to the 2 bedroom / 1 bath flat roof bungalows located throughout the neighborhood. Some of the mainstay features of these homes include hardwood floors, stained glass windows, and plastered walls.

Let’s take a look at some of these homes.

Now that we have explored the business districts, let’s take a look at what else the neighborhood has to offer. From coffee shops and bars to hardware stores and pet grooming businesses, TGS has so much more than just South Grand! 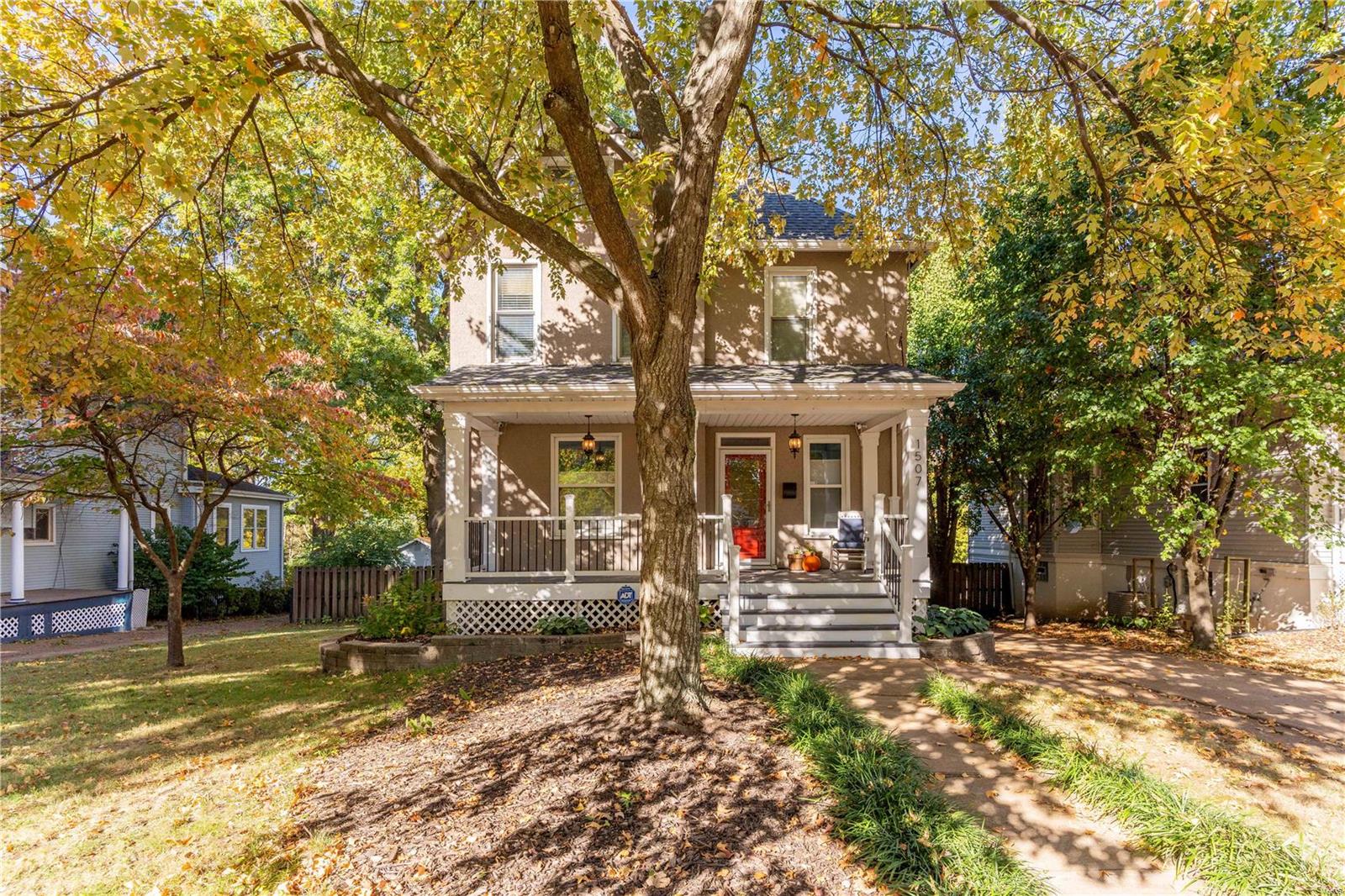 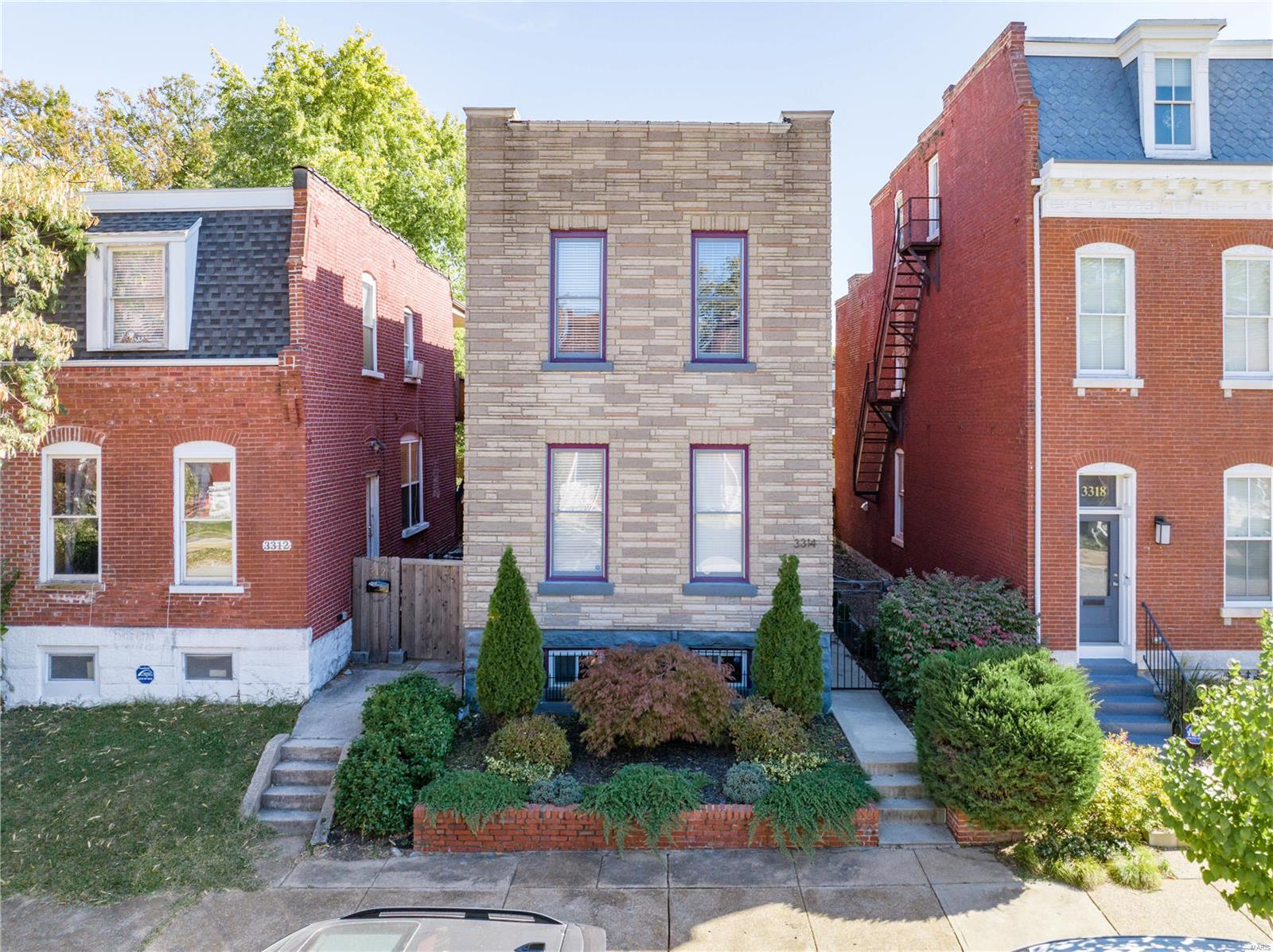