Downtown is the heart of the St. Louis and I am convinced the vitality of this city, as well as the county, is dependent on its health. While I could spend this entire guide on the history of the area back to its founder, Pierre Laclede, I will instead focus on what Downtown is today and where it is heading.

Downtown St. Louis is in the middle of a grand revitalization. Beyond the typical draws of sporting events, Downtown is re-emerging as the place to live, work, and be in the city. The boundaries of Downtown St. Louis are Cole Street on the north, Tucker Boulevard on the west, Chouteau Avenue on the south and the Mississippi River on the east.

It is near impossible to discuss the architecture of Downtown St. Louis without mentioning the Wainwright Building. The Wainwright Building is a 10-story red brick office building located at 709 Chestnut Street that was designed by Adler and Sullivan and constructed in 1891. is It is famous for being one of the first skyscrapers.

Central Express Library
Central Library has stood as the cornerstone of the St. Louis Public Library’s 17 branch libraries and recently hosted a grand reopening of after undergoing an extensive two-year renovation.

City Garden
Framed by office towers, the two formerly vacant blocks have metamorphosed into City Garden — a vibrant and serene blending of lush plantings and internationally renowned sculpture with delights of water, stone, architecture and design.Surrounded by no fences or gates, and with no admission fee, City Garden is completely open and accessible to the public 365 days a year. There is nothing quite like it in the downtown of any American city.

City Museum
Housed in the 600,000 square-foot former International Shoe Company, the museum is an eclectic mixture of children’s playground, funhouse, surrealistic pavilion, and architectural marvel made out of unique, found objects. The brainchild of internationally acclaimed artist Bob Cassilly, a classically trained sculptor and serial entrepreneur, the museum opened for visitors in 1997 to the riotous approval of young and old alike. Cassilly and his longtime crew of 20 artisans have constructed the museum from the very stuff of the city; and, as a result, it has urban roots deeper than any other institutions’. Reaching no farther than municipal borders for its reclaimed building materials, City Museum boasts features such as old chimneys, salvaged bridges, construction cranes, miles of tile, and even two abandoned planes!

Flamingo Bowl
Flamingo Bowl offers 12 lanes of bowling, as well as an extensive drink menu featuring classic, modern and signature cocktails. The full bar also offers a selection of beer, liquors and wine, while the kitchen serves up an eclectic mix of great food.

Culinaria
A Schnucks Market Downtown that is named for the distinctive characteristics that make this hybrid urban market the perfect setting for a fine food and culinary experience.  Inside, you will find a superb selection of grocery, wine, spirits, prepared foods, Schnucks pharmacy, health and beauty, household essentials and kitchen items.

Gateway Arch
The structure was built as a monument to Thomas Jefferson and all those pioneers for who St. Louis was the Gateway to the West and extends 630 feet, 63 stories, 192 meters, or 7560 inches in height.

Laclede’s Landing
Laclede’s Landing is downtown St. Louis’ oldest district and only riverfront entertainment/dining destination. A favorite among locals and a must-see experience for all tourists and conventioneers, its century-old buildings and cobblestone streets offer a charming reminder of St. Louis’ earliest days, when American history was made every minute and the new settlers helped shape the current city – and the country.

MX Movie Theater
MX Movies opened in January 2013 and is designed to provide an enhanced in-theater dining experience, with generous and comfortable seating offering the first in-seat ordering technology in the US.

Old Courthouse
Experience a significant part of U.S. history during a visit to the Old Courthouse, built between 1839 and 1862. The Courthouse is the site where an enslaved husband and wife, Dred and Harriet Scott, sued for their freedom, and Virginia Minor sued for a woman’s right to vote in 1872. Embrace history in restored courtrooms and view exhibits and murals depicting historic events. Special exhibits change on a regular basis, so there’s always something new to discover at the Old Courthouse, which is a two-block walk from the Gateway Arch.

Peabody Opera House
The recent renovation of Peabody Opera House has returned this historic building to its status as a premier venue for performing arts and community activities. The many intricate details within the interior of the building are representative of the era in which it was constructed, with many of the original fixtures remaining intact.

Segway Tours Downtown St. Louis
Segways are a great way to tour St. Louis as you can accomplish much more sightseeing in less time than walking tours.  And, unlike bus tours, you can still get close enough to be part of the scenery! Get up close and personal on the St. Louis City tour with such attractions as The Gateway Arch, the St. Louis Cardinals’ Busch Stadium, the Eads Bridge, the Old Court House, Union Station and more. The Forest Park tour will have you visiting The Grand Basin, The Art Museum, The Jewel Box, The Planetarium, and more.  In the Soulard/Lafayette Square neighborhoods you’ll visit the Soulard Market, Lafayette Square Park, the Busch Brewery, cultural & religious landmarks and more.

Soldier’s Memorial
The initiative to construct a memorial plaza and memorial building to honor the gallant sons and daughters of Missouri, and of our city, who “made the supreme sacrifice in the World War”, began in 1923. Over the course of several years, the City of St. Louis and its  citizens raised money for the project. Under the leadership of Mayor Bernard F. Dickmann, and with some funds coming from the Federal Emergency Administration of Public Works (Project No. 5098), the construction of the building, development of the memorial plaza, and improvements to the parks began on October 21, 1935 and the memorial and museum officially opened on Memorial Day, May 30, 1938. 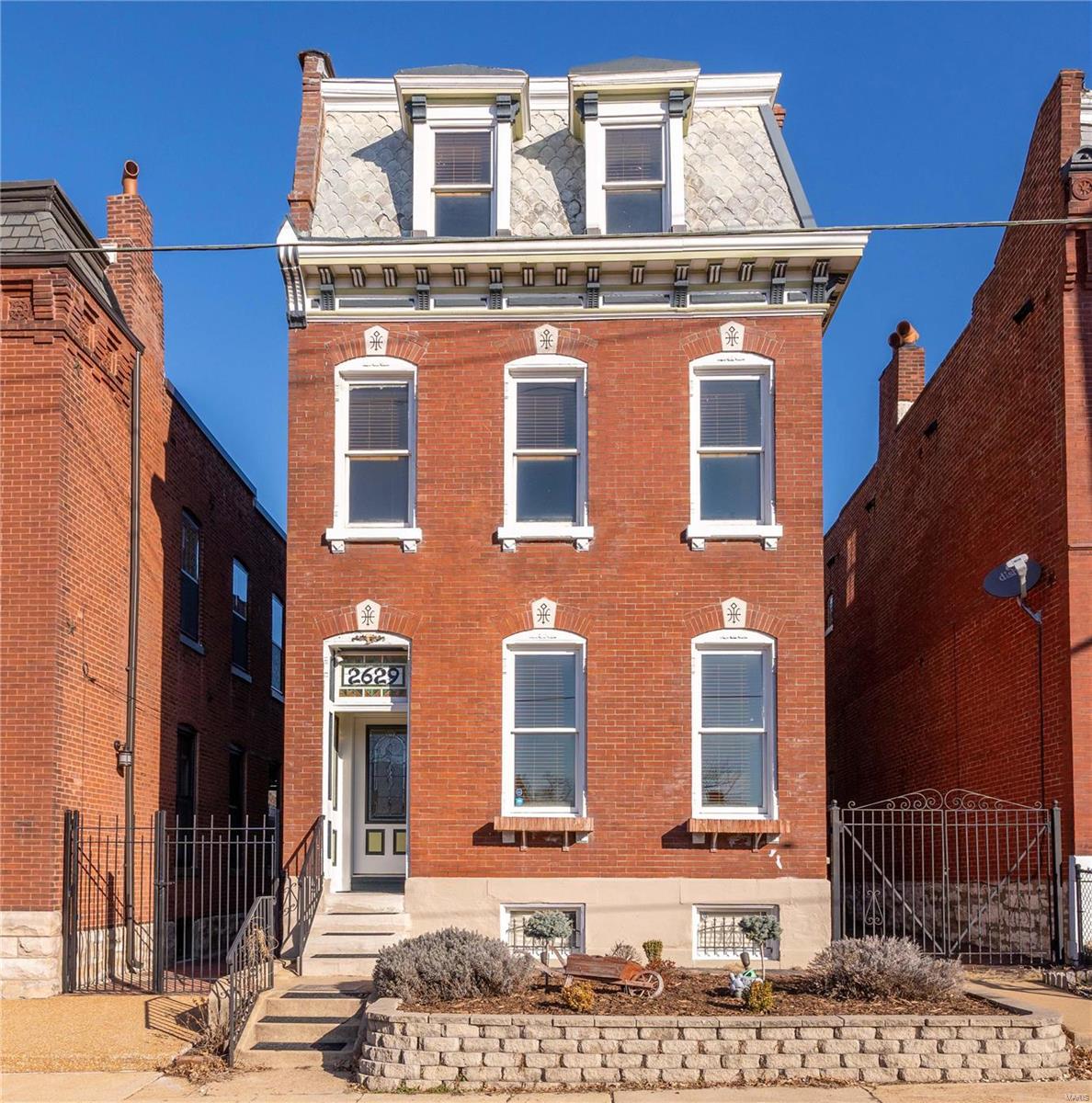 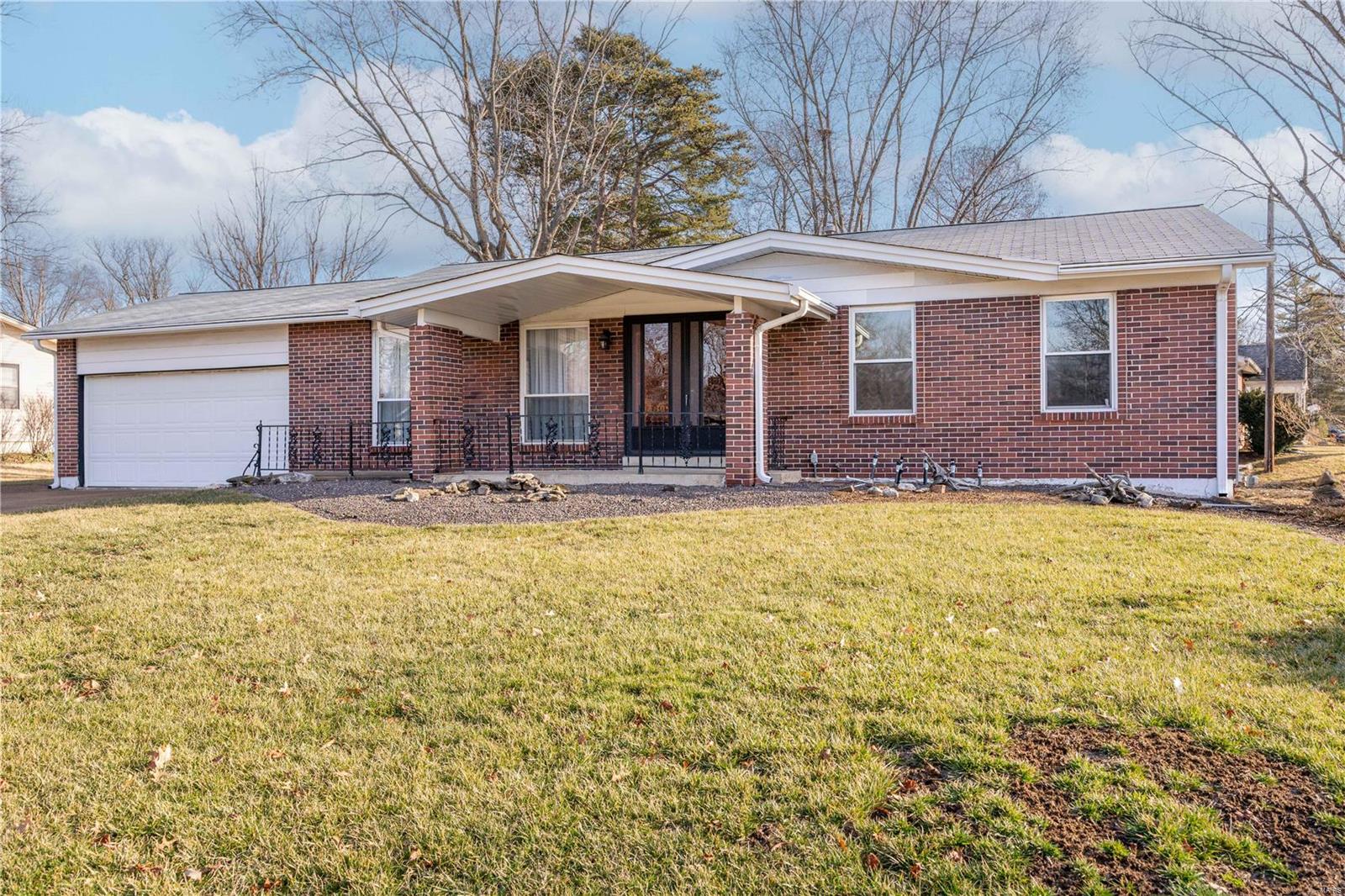 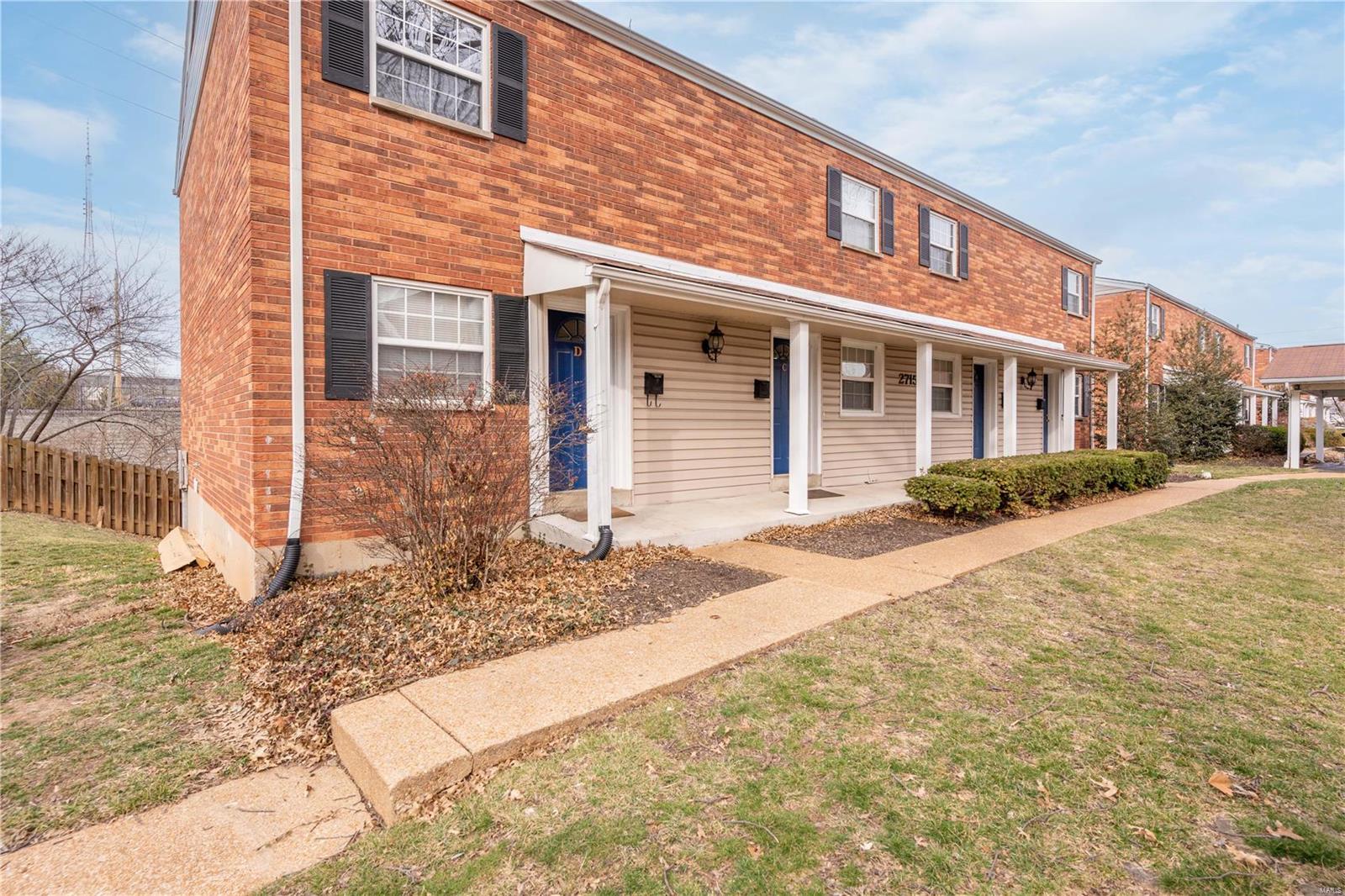 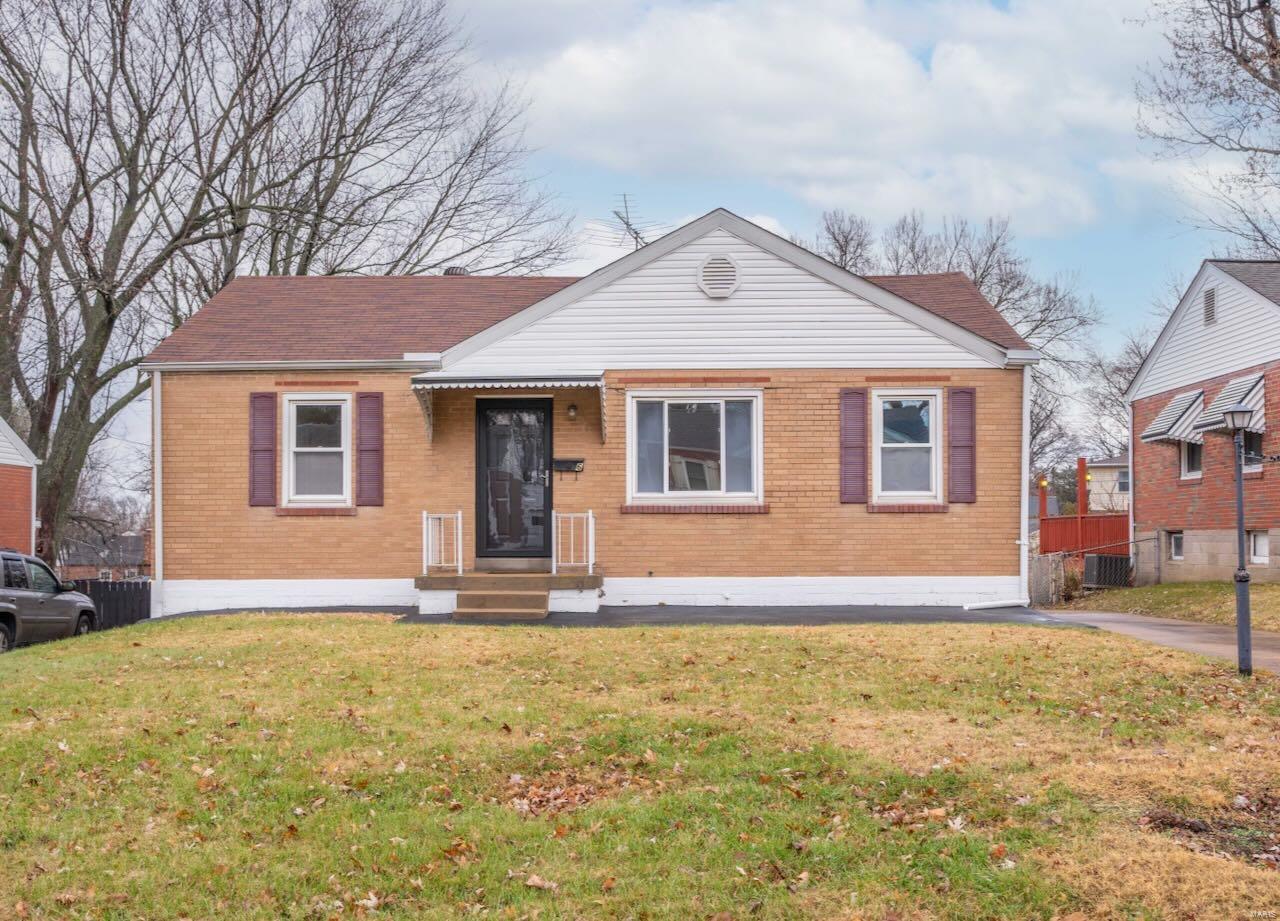